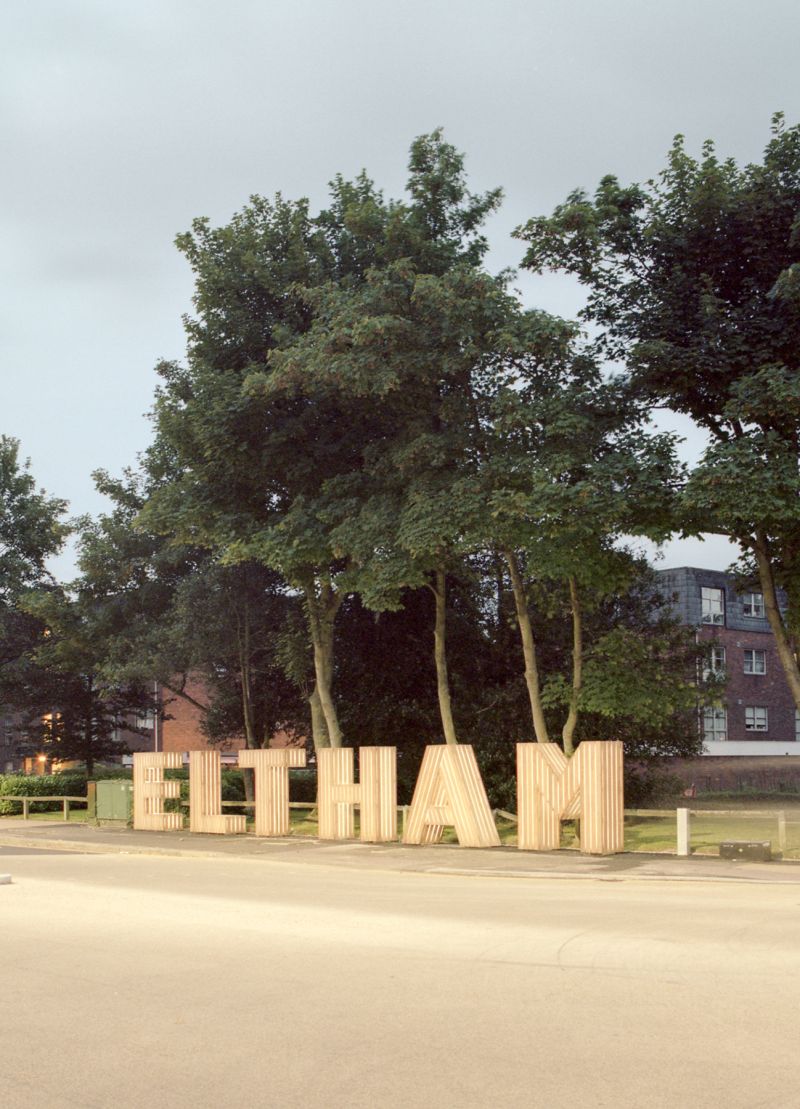 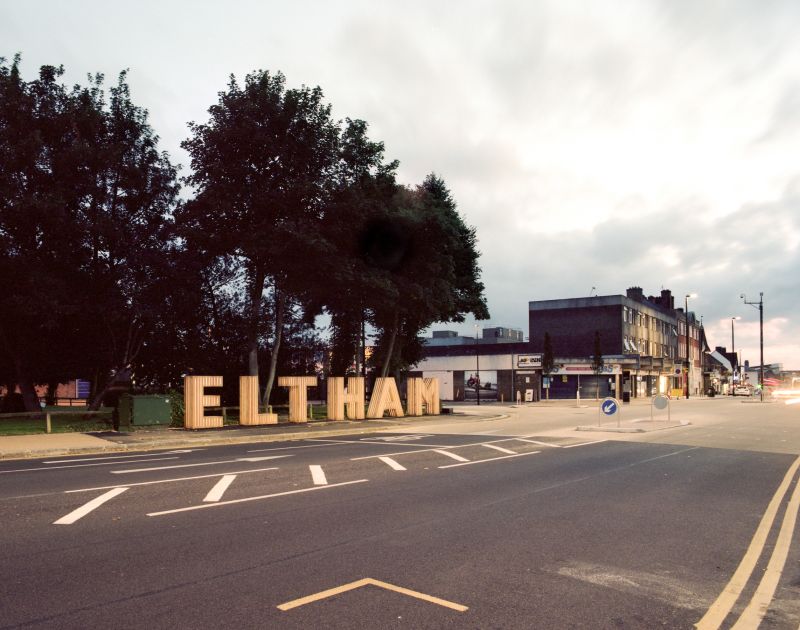 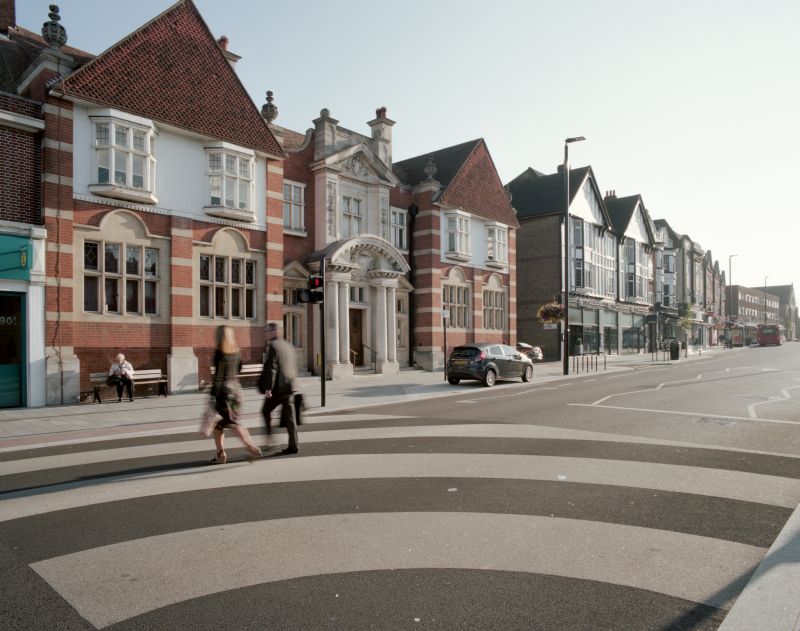 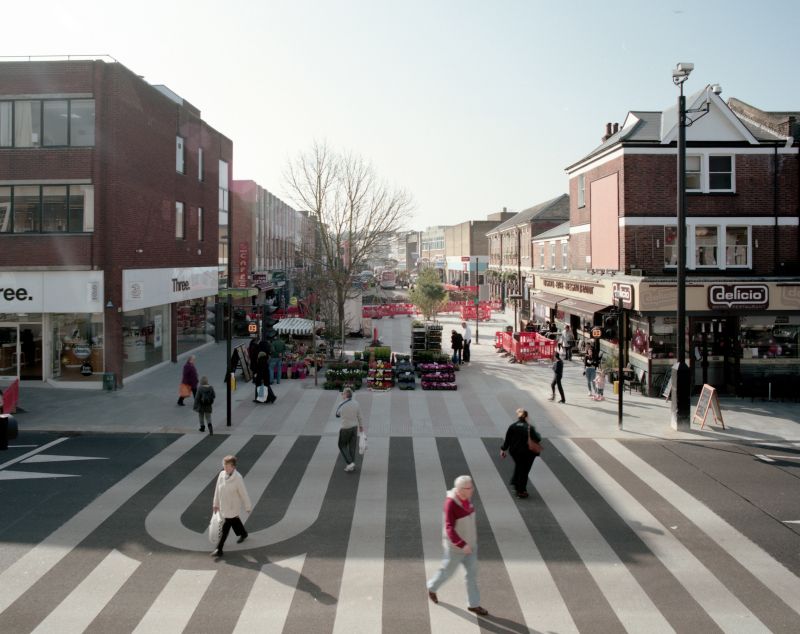 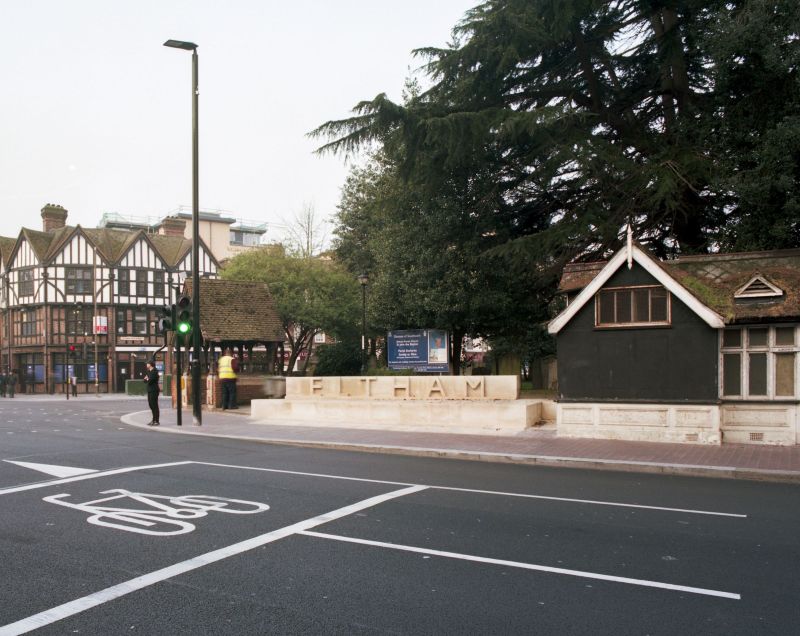 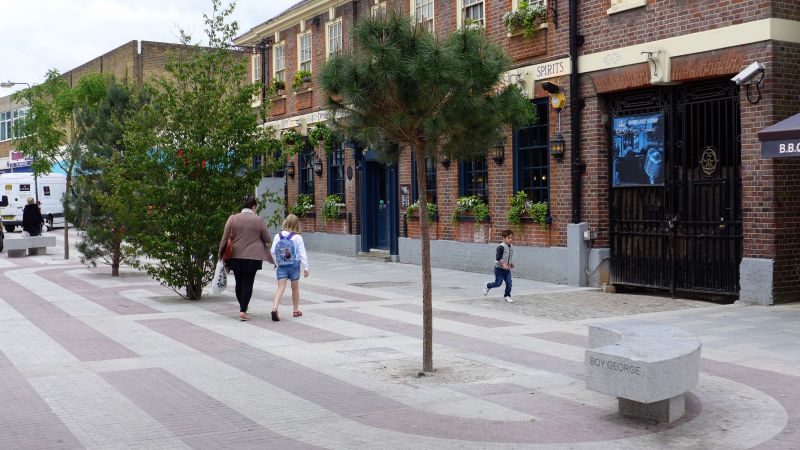 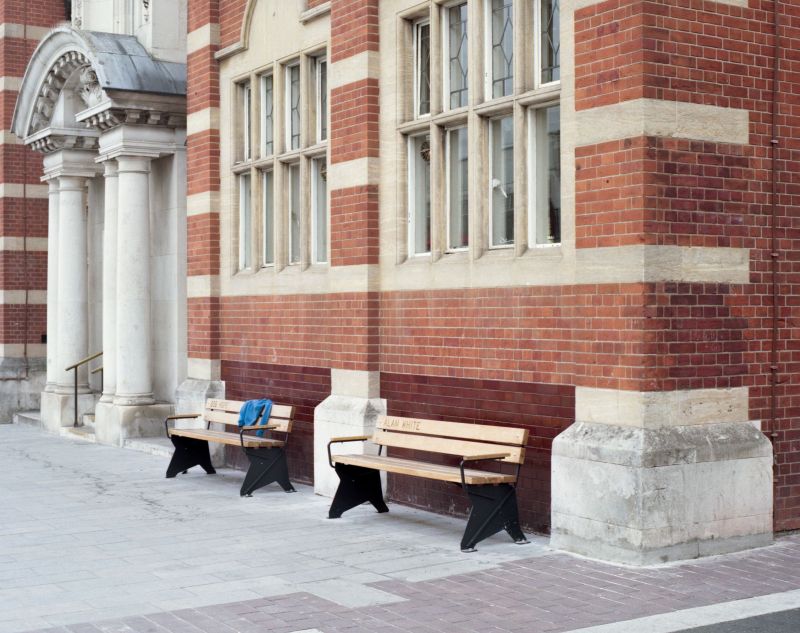 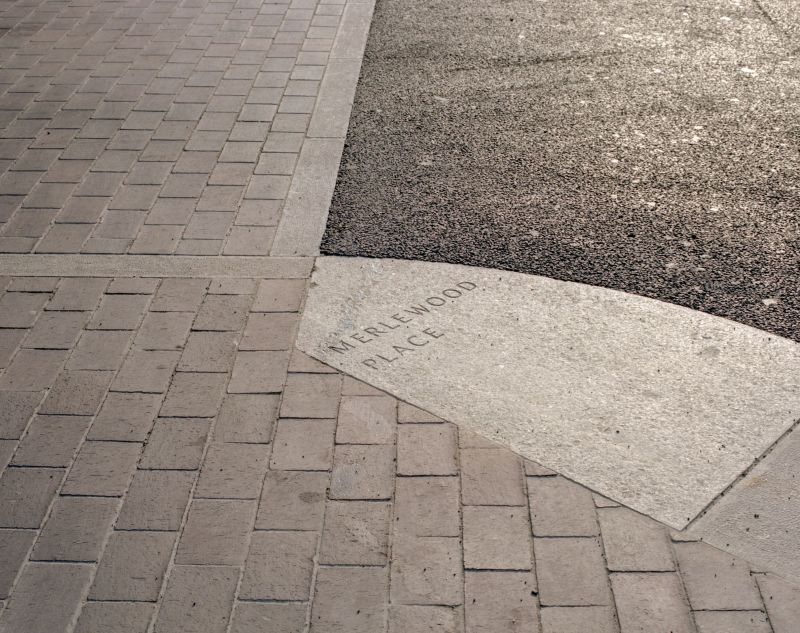 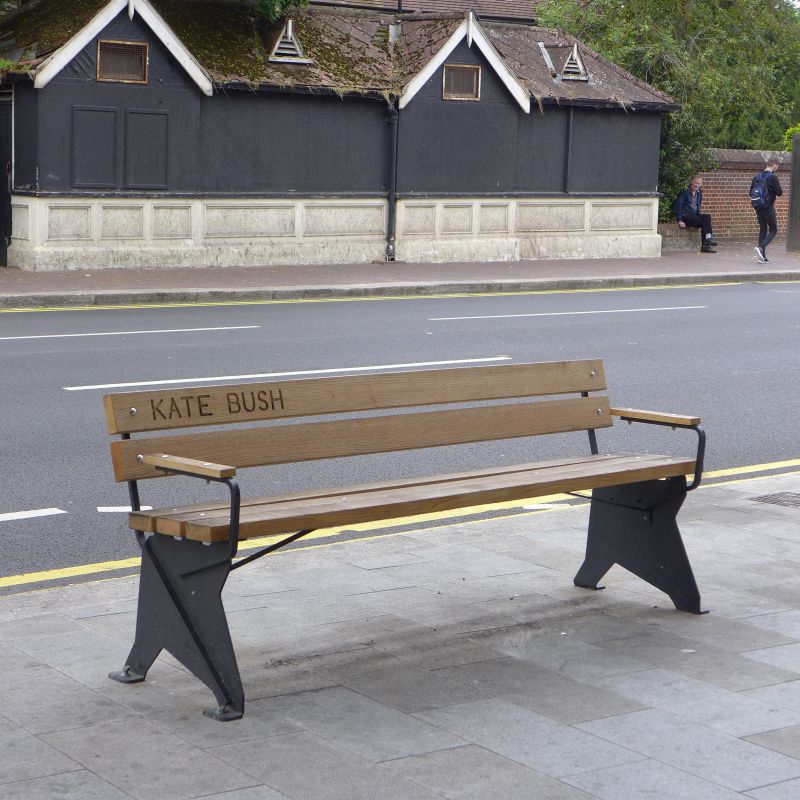 Once a route for Chaucer’s pilgrims, Eltham High Street has remained a key social corridor for hundreds of years. When we won the project to improve the street it was dominated in character and function by vehicles. We developed concept proposals, held consultation engagement events, and provided detailed design and implementation of a major scheme to transform Eltham High Street into a high-quality and sustainable urban environment fully accessible to pedestrians and cyclists.
Alongside the sensible improvements of decluttering, widening footways, improving lighting and seating, we identified a number of special improvements. These were high visibility moments within the High Street that could relate to and enhance the history and identity of the place. The large Portland stone ‘Eltham’ sign at the north end makes a public space between the 19th century lychgate and tramsheds. The illuminated large timber ‘Eltham’ sign at the south marks the threshold of the town centre. Named seats designed with Michael Marriott highlight the famous residents of Eltham. A large striped space allows for public events and a tree-filled public square.

Mark Hodgson, Head of Highways, Royal Borough of Greenwich, said:
‘The end result is fantastic and reflects the high quality and great attention to detail’